Posted by Daniel Martin on September 2, 2017 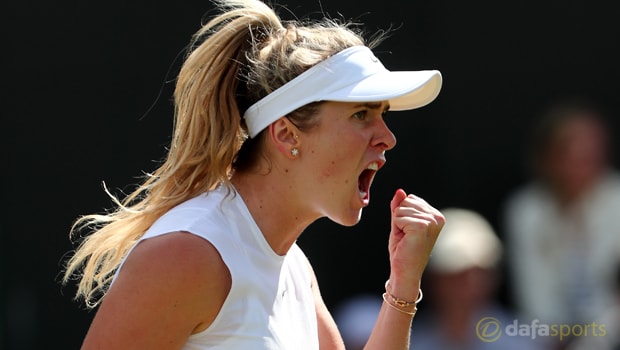 Elina Svitolina says the improvements she has made over the last few months have given her the confidence to deal with the pressure of trying to win the US Open.

The Ukrainian produced a solid showing to book her place in the third round on Thursday, with a comfortable 6-4 6-4 win over Evgeniya Rodina.

Her victory in an hour and 22 minutes marked a return to her more familiar solid form, having been pushed to three sets by Czech Katerina Siniakova in her opener.

The fourth seed will now go on to face Shelby Rogers following her three set win over Daria Gavrilova and looks well on the way to improving on her previous Flushing Meadows best by making it through to the fourth round.

Despite reaching the quarter-finals twice at the French Open, Svitolina has struggled in the Grand Slams.

However, with her now up to fourth in the world rankings, the time seems right for the Odessa-born star to start making more of an impact in the majors and she is currently 8.00 to win at Flushing Meadows, with Garbine Muguruza the 4.00 favourite.

Svitolina admits she has struggled to deal with pressure over the years but says the improvements she has made make her more confident about her chances of going all the way on the big stage.

She said: “I think everything has improved, you know, just my game in general – my mental part became better and I handled those big moments better.

“It’s quite normal to have this, and I would prefer to have on the top and have these kind of expectations than be somewhere out of top 20 or something and be – to don’t have that.

“So it’s part of tennis, part of being there, and for me, I try to handle it. I try to take this challenge and do something about it.”