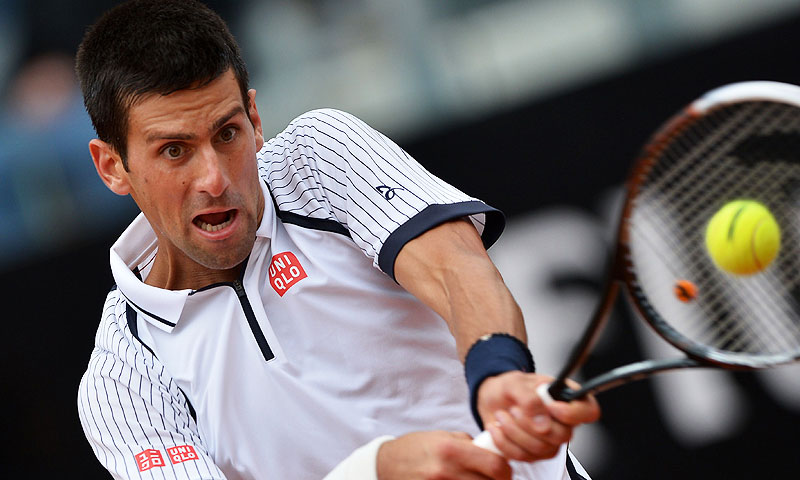 Novak Djokovic’s quest for French Open title continues after beating David Goffin 7-6 (7-5) 6-4 7-5 in the first round.

The number 1 ranked player took on the 58th-placed Belgian following a day of heavy rain which hindered play.

Surprisingly, the underdog performed well against the world’s best and reached a 5-5 draw. However, serving for the lead, a fan yelled ‘Allez, David!’, which caused him to serve a double fault to give Djokovic a set point to take the first.

In the second set, the Serbian was ahead 2-1 after breaking serve but allowed his opponent to go back level at 4-4.

However, the Australian Open champion worked hard and edged out his rival in the ninth game to secure a two-set lead.

To ensure his victory, Djokovic broke again in the 11th game of the third set and put the game to bed after two hours and 13 minutes.

He now faces Argentine guido Pella in the next round.

“Thanks to all the fans for waiting. It was a good match, David is a good player and has a lot of talent,” said Djokovic. “I’m happy to win and hope to continue like this.

“It was a long day. I think I warmed up five or six times today and finally got to the court.

“Heavy balls, bad bounces, it’s quite cold. So you need to step into the court and try to hit the ball. I needed to and played my best tennis when it was most important today.”