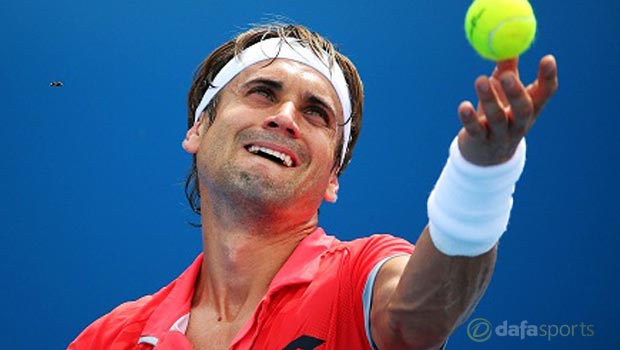 David Ferrer insists he has no plans to retire despite a disappointing year on the ATP Tour.

The 33-year-old has been one of the most consistent players outside of the ‘big four’ and has been a regular visitor to the last eight and semi-finals of Grand Slam tournaments over the past five years.

He has yet to win one but, in an era when a quartet of stars have dominated so much, that is not entirely unexpected.

The Spaniard has claimed 24 titles in a distinguished career and had already won three times before the end of February this year.

He was successful in Qatar, Rio and Mexico, but has not been back inside the winner’s circle since.

Injuries have not helped, with the 2013 French Open finalist forced to spend some time on the sidelines with an elbow injury.

He missed Wimbledon due to the problem and failed to make it past the third round of the US Open, but is now back in action at the Malaysian Open in Kuala Lumpur.

The Alicante-born ace will face Czech Republic veteran Radek Stepanek on Thursday and can be backed at 1.22 to claim the spoils, with his opponent on offer at 4.00.

And Ferrer has made it clear that, despite his advancing years, he is as keen as he was when he began his career to play at the highest level possible.

“My fitness level is good. I want to play another two or three years more,” he said. “My motivation level is the same as a 20-year-old player.”