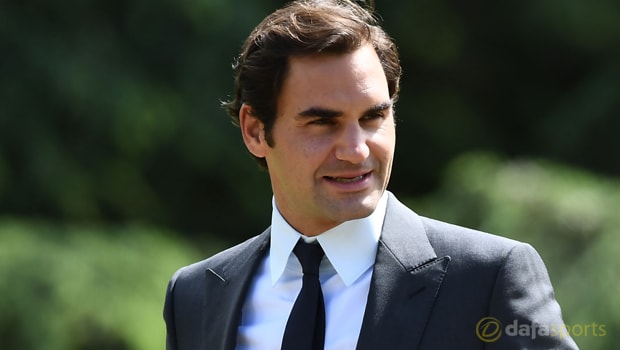 Roger Federer says he has got his confidence back as he prepares to try and win a record eighth Wimbledon crown.

Having been written off in some quarters, the Swiss has bounced back in 2017 by winning the Australian Open in January, before going on to take the titles in Miami and Indian Wells.

After skipping the entire clay court season, Federer returned to the action in Stuttgart, only to go out to Tommy Haas in the last 16.

However, he hit back by winning a ninth Gerry Weber Open crown in Halle and now heads to SW19 in good spirits.

Another triumph would see him become the only man to win Wimbledon eight times and at 36, he would also become the oldest champion.

Federer is currently the 3.10 favourite to add to his haul, with reigning champion Andy Murray 4.75 and French Open winner Rafael Nadal 5.50.

The veteran purposely skipped the Paris major in order to concentrate on the third Grand Slam of the year and there is no doubt winning the event would bring him the most joy of any tournament.

Federer admits his Stuttgart defeat made him nervous but says Sunday’s win in Halle has restored his faith.

“I was doubting myself a little bit, I must admit, because losing (in the opening) round for the first time in 15 years on grass was always going to shake me a little bit and it did,” Federer told the ATP men’s tour website.

“So I’m happy to react right away and let that be forgotten and actually move on and remind myself I actually can play well on grass.”