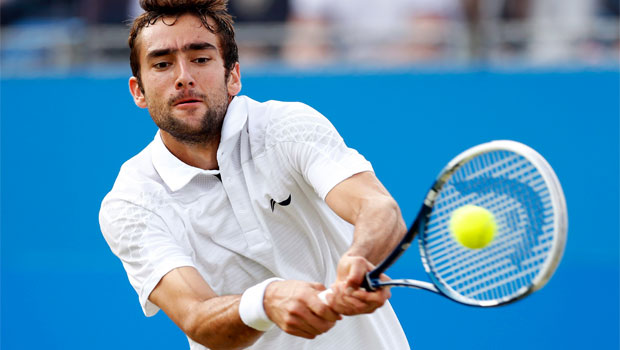 Marin Cilic admitted he was delighted to return from a doping ban and win his first match in the first round at the ATP Paris Masters.

The 25-year-old has had a difficult few months after being banned for a positive test at the Munich Open in May. The Croatian had his nine-month ban reduced to four by the Court of Arbitration for Sport (CAS) last week, meaning he was able to compete in Paris.

In his first outing, he beat Holland’s Igor Sijsling 5-7 6-1 6-4 on Monday and he couldn’t hide his delight as he returned to the court.

He said: “I felt like a kid playing tennis for the first time. I would say the feeling was amazing just to be back on the court, to be competing, and I enjoyed every moment.

“With the game, of course, I’m extremely satisfied, as I haven’t played any match since Wimbledon. So it’s great feeling to win again.”

After the match, Cilic admitted the ban, which he insisted was due to him taking a banned substance by accident, was the most painful experience of his life.

“Yeah, I would definitely say it was the worst time of my life to experience this as a player,” he added.

“I have been on the tour for six, seven years and have been always really careful and really honest and fair as much as I could with all the other players. And then to be in that kind of situation where when I found out about the positive test, and then also the media started to write and it was extremely difficult situations where people were even calling me a doping player and a cheater.

“I knew I didn’t cheat, and the most important, I haven’t taken anybody’s prize money and I haven’t beat anybody in that tournament.”