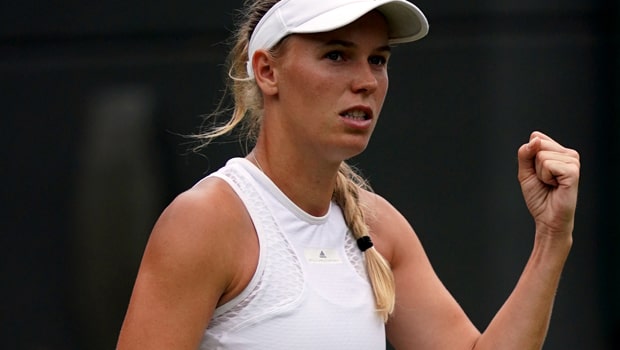 Caroline Wozniacki is in confident mood ahead of her Australian Open defence. The Danish star landed her first Grand Slam crown at Melbourne Park 12 months ago as she overcame Simona Halep in three sets.

The world number three insists she doesn’t feel under any additional pressure as the defending champion and remains upbeat ahead of the first major of 2019.

“I’m just excited,” said the 28-year-old. “I think it’s a positive to be here as the defending champion. I’m just taking it as a nice, fun challenge. I can’t believe it’s already been a year. It doesn’t feel like it to me.

“But it’s great to be back. My first practice was on Rod Laver, and it was just nice. I felt comfortable straightaway when I hit balls on that court. It was a good feeling. Then you see your photos all over the place, which is cool.”

Wozniacki has been diagnosed with rheumatoid arthritis since claiming the title in Melbourne but has moved to play down any concerns over her fitness ahead of her Australian Open defence.

“I think you just always try to figure out what’s working and what’s not, then you listen to the body, you try a few different things,” she said.

“For me, it’s just all the time making sure I get good massaging, good treatments, ice baths, stretching, do everything even more thoroughly than maybe in the past. Then you just listen extra. If you’re not feeling good one day, then you take it easier. I feel good. I’m happy with that.”

Wozniacki, who faces Belgium’s Alison van Uytvanck in the first round on Monday, is 23.00 to win the Australian Open outright. Halep can be backed at 26.00 and US Open champion Naomi Osaka is 15.00.