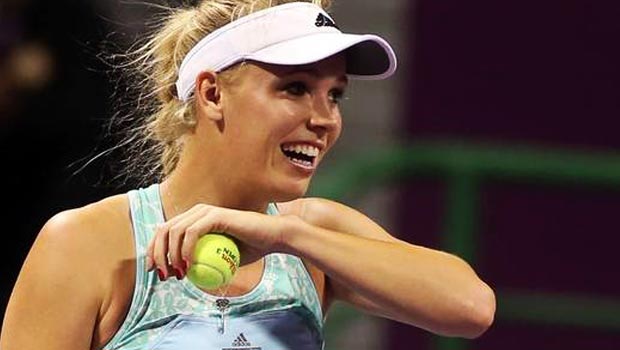 Caroline Wozniacki put some bad memories of her previous appearance at the Malaysian Open to one side as she got off to a winning start at this year’s tournament.

The Danish player, who is the top seed for the tournament, wasted little time in thrashing the qualifier Wang Yafan in straight sets.

Wozniacki took just over an hour to defeat her 20-year-old Chinese opponent 6-3 6-1.

Two years ago, in her only previous appearance at the tournament, Wozniacki suffered a shock first-round exit to another young Chinese player, Qiang Wang, and the 24-year-old admitted that match was praying on her mind when she started this year’s clash.

She said: “I didn’t do so well when I was here last time, so I’m happy to get my first win in Malaysia.”

Wozniacki is 1.06 to beat Lin Zhu in the next round while the Chinese player is 8.69 to come out on top.

Meanwhile, the number five seed Klara Koukalova was far too good for Patricia Mayr-Achleitner, easing to a straightforward 6-1 6-3 victory as she brought her four-match losing sequence to an end.

Australian Gajdosova said after her triumph: “It was tough, I mean she played well and didn’t give me too much at the beginning. I had to make her run and wait for my opportunity to go for the short ball.”

The number three seed Casey Dellacqua was pushed hard by Hsieh Su-Wei, before eventually edging past the 2012 champion 7-5 2-6 6-3.