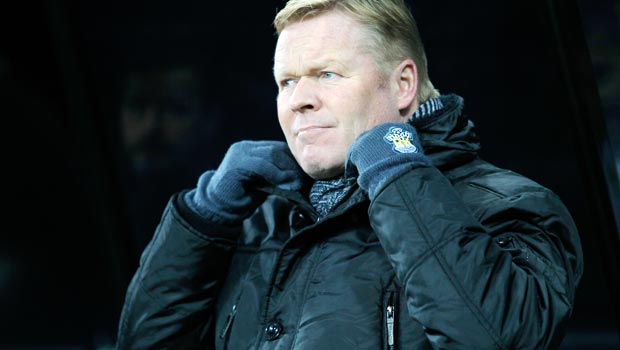 Ronald Koeman thought his Southampton side was fortunate to take all three points from Tuesday’s Premier League game against mid-table Crystal Palace.

Sadio Mane scored the only goal of the match with seven minutes left while Palace were convinced they should have been awarded a penalty when Jose Fonte appeared to bring Yannick Bolasie down.

The 1-0 victory at St Mary’s lifted Saints up to fifth in the table, while Alan Pardew’s side are 12th, eight points clear of the relegation zone.

The win ended a barren run in February for Southampton as they had scored just one goal in their last five matches and taken only four points.

Koeman was relieved to finally return to winning ways and accepted that, at this stage of the campaign, points rather than performances were of more importance.

The Dutchman said: “It’s not important how you score, only that you do score. We have to be a little bit more ruthless in the box sometimes.

“I can’t say that we deserved the win. In the second half Crystal Palace played well, had some good chances and hit the post, but football is strange.

“Sometimes you play better, much better than we play today, but it’s all about the confidence.”

Tuesday’s win meant Southampton completed the double over Palace, as they clinched an impressive 3-1 victory at Selhurst Park on Boxing Day.

Southampton’s next game is against leaders Chelsea on March 15. Saints are 5.94 to come out on top at Stamford Bridge while a victory for Jose Mourinho’s side is available at 1.47.