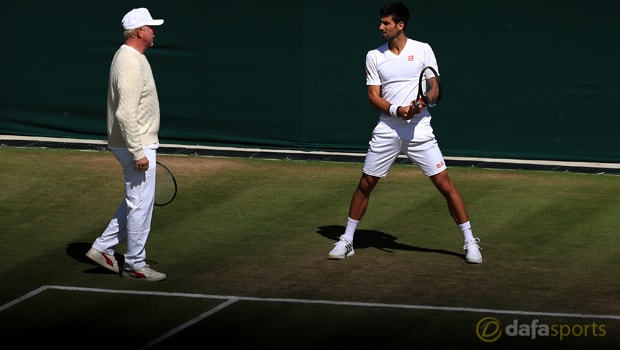 Boris Becker has warned Novak Djokovic that he must be prepared to spend more time on the practice court if he wants to return to the top of the world rankings.

The Serb made a fine start to 2016, winning the Australian Open in January before finally adding the French Open to his major haul to complete the career Grand Slam.

However, despite reaching the final at Flushing Meadows, he has otherwise looked out of sorts, being knocked out in the third round of Wimbledon and failing to make it past the opening stage at the Olympics.

Djokovic himself has admitted that he has struggled for motivation since his triumph at Roland Garros and his run has seen him lose his number one ranking to Andy Murray.

On Wednesday it was announced that he and Becker had decided to end their working relationship and the German has not been shy in offering advice to his former employer.

The six-time Grand Slam winner has warned the 29-year-old that he must start putting the hours in again if he is to regain his form.

However, despite his recent performances, Becker insists the Serb remains the best player in the world.

“He has not spent as much time on the practice court as he should have in the last six months and he knows that,” Becker told Sky Sports News.

“Success doesn’t come by pushing a button. You have to work your butt off because that is what your opponents are doing.”

He added: “I am also convinced that he will become the most dominant player again, but he has to get back on the practice court and put in the necessary hours. Novak must concentrate on what has made him strong.”

Despite his slump, Djokovic is the 2.40 favourite to win the 2017 Australian Open, with Murray second in the betting at 2.50.