Barcelona Open: Rafael Nadal aims to bounce back in Barcelona 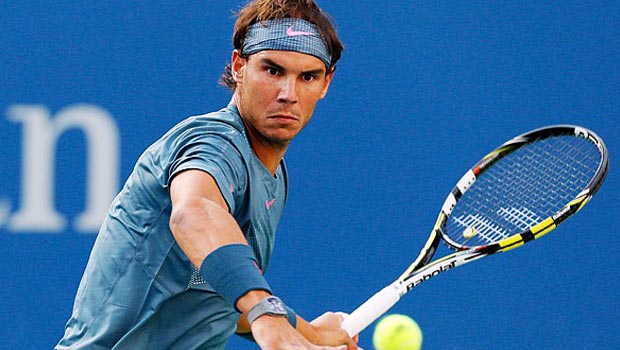 Rafael Nadal is looking to bounce back from his Monte Carlo Masters quarter-final exit against David Ferrer by targeting a ninth Barcelona Open title this week.

The 27-year-old world number one and 13-time Grand Slam winner was left disappointed after failing to reach the final of the tournament for the first time since he was 16 when crashing out in straight sets against his fellow Spaniard.

As the countdown towards next month’s French Open continues, Nadal is aiming to rediscover his usual strong clay-court form in Barcelona.

He said: “I just have to keep working to try to find the solutions in Barcelona. I am going to try and play well there and fight for the matches.”

Nadal also refused to blame his stuttering form on the back injury which struck during his Australian Open final defeat at the hands of Stanislas Wawrinka in January.

He added: “I cannot continue using the Australia Open final as an excuse, that is past.

“In Monte Carlo I should have achieved more. No one can win all the time, I’m no exception. I’ve lost before and I’ll lose again. But I’m not bitter or mad at myself.

“After what happened in Australia it was a little bit harder for me to find again the intensity, the confidence, the inside power that always I have.

“Even if I won Rio, I played the final in Miami; there remains something in my mind and in my game.”

The ‘King of Clay’ has an enviable record at Roland Garros having won the title for a record eight times, including the last four, and will go into the year’s second Grand Slam tournament as a strong favourite, particularly with doubts surrounding the fitness of Novak Djokovic.