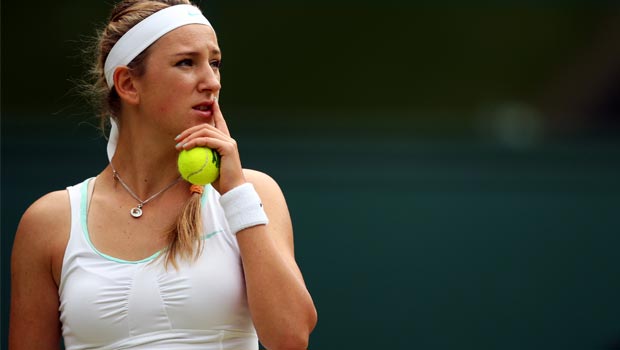 Victoria Azarenka knows that she must focus and not think about Serena Williams if she is to retain her Australian Open title.

In the baking hot heat of Melbourne over the next fortnight, many expect Serena Williams to emerge victorious and gain an 18th career Grand Slam, but one player is not of that opinion, and that is the defending champion Victoria Azarenka.

This is despite losing to Williams in the final of the recent Brisbane International, a result that saw the American continue her dominance on court – she lost just five matches in the whole of last year, and could not be in better form as she attempts to lift a sixth Australian Open at the age of 32.

Not surprisingly, at the pre-tournament press conference, Azarenka had to field many questions on her thoughts about Williams being seen as the favourite.

“I think the favourites, it’s predictions that you guys love to do. For us, it’s a matter of playing tennis and giving your best on the court,” she said.

“But I think everybody is the one to beat here. We have such a high competition right now.

“You know, you always have to look out for every opponent you play. You cannot look past anybody because everybody is prepared, everybody wants it badly.”

Azarenka insisted that her recent loss to Williams was good preparation for what is to come and, that defeat aside, it must be remembered that she has won 24 consecutive matches in Australia and beat Williams twice in 2013.

Williams, meanwhile, enters her 14th Australian Open having already broken all kinds of records, and as long as she survives the first week, will overtake Lindsay Davenport in the record books for having made the most appearances ever at the Australian Open.

Since losing to Azarenka in Cincinnati last year, Williams has gone on a 22-match run, and none of her opponents in the top half of the draw will have her suffering insomnia, with Li Na and possibly the dangerous 15th seed Sabine Lisicki two minor worries.

Williams has already beaten Maria Sharapova, who in any case is drawn to meet Azarenka in the semi-finals, and if everything works out as the draw indicates, we should see yet another enthralling final between the two best singles players in the world.