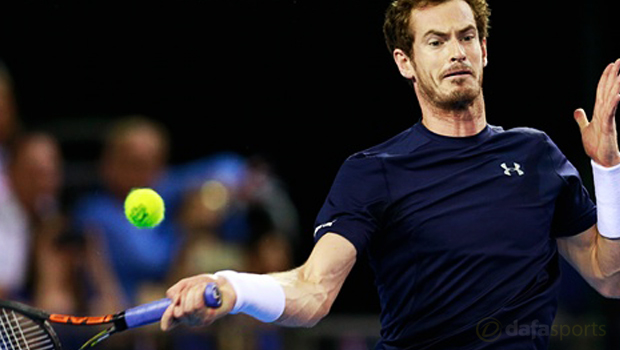 Bernard Tomic knows he will need to get the balance right when taking on Andy Murray in the Australian Open fourth round, but the home favourite is confident of causing an upset.

The 23-year-old has only reached the quarter-final stage of a Grand Slam tournament once in his career so far and that came at Wimbledon back in 2011.

His run to the fourth round in Melbourne this year has equalled his best finish on home soil and the Stuttgart-born star, who was knocked out by the experienced Tomas Berdych at this hurdle in 2015, is facing a huge challenge to reach the last eight.

The world number 17 has lost all three encounters against Murray and the latest defeat came in the 2015 Davis Cup semi-final, which Great Britain went on to win by beating Belgium in the final.

Tomic looks to be in good form heading into the clash against the Brit and the Aussie, who is seeded 16th, has only dropped two sets from three matches.

He has knocked out Italy’s Simone Bolelli, Denis Istoman and compatriot John Millman en route to the last-16 and, with the support of the home crowd, the three-time ATP Tour winner is now hoping to take the game to Murray.

“You have to take the ball to him, play aggressive, but not too aggressive, and rally at the right time,” he said.

“Anything is possible now in this position. I’m playing well. I feel so confident. On my day I can beat anyone.”

Murray, who has been runner-up four times in the first slam of the season, is firm favourite at 1.07 to progress into the last-eight while Tomic is the rank outsider at 7.50.