Chris Smalling: ‘Loss has hurt us’ 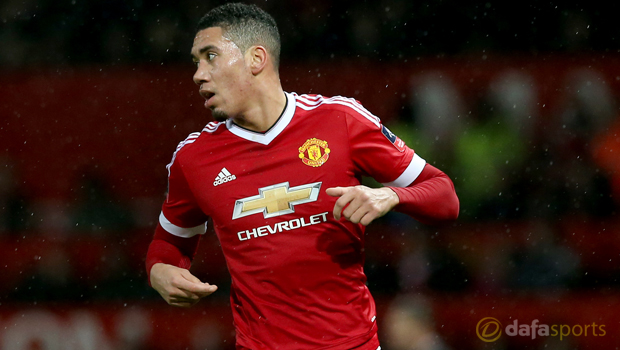 Chris Smalling admits the wind has been taken out of Manchester United’s sails as their pursuit for a Champions League position took a big blow after defeat to Southampton.

The Red Devils once again struggled to produce the attacking performance so many of their fans are craving for and they were made to pay for this when Charlie Austin came off the bench to grab the winner for the Saints in the 1-0 triumph at Old Trafford.

Louis van Gaal’s men were booed off the pitch at full-time and the Dutch manager, who has come under severe pressure for his style of play this season, could be running out of time.

With Pep Guardiola expected to manage in the Premier League in the next campaign, and Atletico Madrid’s Diego Simeone also tipped to make the switch from Spain, the Manchester board may decide a change is needed to turn their fortunes around.

Saturday’s defeat has left United 10 points off the top and the gap to Tottenham Hotspur in fourth, who currently hold the final Champions League place, is now five points.

West Ham are just one place behind the 20-time English champions and Van Gaal’s side are in big danger of dropping out of the Europa League places as things stand.

United had been on a four-game unbeaten run in the league before the clash against Southampton but Smalling, who has been a rare positive for the team this season, admits the loss is a real hammer blow.

“We started this year very well but this is a setback,” he said. “I think it has [lost the momentum].”

Next up is the FA Cup fourth round clash away at Derby on Friday and the away trip could help to take the pressure of the players.

The visitors are still favourites at 1.95 to advance into the next stage of the tournament and a draw is priced at 3.40, while the Rams are a 3.75 shot to pile more misery on their opponents.