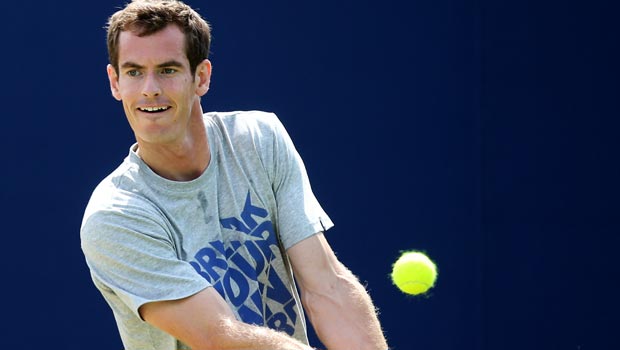 British number one Andy Murray insists that there is no serious concern over a shoulder problem after making a winning start to his 2015 campaign in Australia.

Murray travelled Down Under after claiming victory in his first event of the campaign in Abu Dhabi after Novak Djokovic pulled out of the final due to illness.

The 27-year-old is representing Great Britain in the Hopman Cup and helped the nation to claim a 2-1 win over France.

The Scot had to contend with scorching 44 C temperatures in Perth but he was able to battle through to beat Benoit Paire 6-2 7-5 in the mixed team event.

Britain will take on Poland on Wednesday, with Australia to come on Friday, before the group winners are involved in Saturday’s final.

The two-time Grand Slam champion admitted that conditions were tough but insisted it was the best way to get ready for the Australian Open that starts on January 19.

Murray said: “It was a bit of an eye-opener when we arrived at the practice court this morning and it was 44 degrees outside.

“I’m from a small town in Scotland and the weather is not quite like that there. The conditions here are fantastic to get ready for Melbourne.”

Murray admitted that he had been feeling soreness in his left shoulder since the event in Abu Dhabi, however scans have revealed there is no issue.

He added: “I had the problem in Abu Dhabi a couple of days ago and haven’t had much time to serve after that.

“We flew straight from there and arrived yesterday. It doesn’t really make sense for a right-handed player to have a problem with their left arm.

“So I am not sure exactly what it was and I had a scan in Abu Dhabi and that was all clear. But it’s still a little bit sore today.”