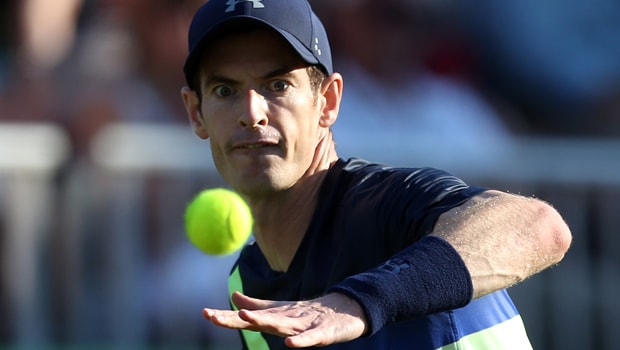 Former world number one Andy Murray says he may not play his Washington Open quarter-final after a late-night success in the US capital.

The Scot is due to play Alex de Minaur of Australia in the quarter-finals later on Friday but he says that might not happen.

Murray is easing back into things after missing the best part of 12 months through injury.

He did not recover in time for Wimbledon this summer and is setting his target on the US Open in New York in a month.

Three-time Grand Slam champion Murray is playing only his third tournament since hip surgery in January and he’s worried about the quick turnaround.

“I don’t know how players are expected to recover from that,” Murray said.

“My body doesn’t feel great right now. Finishing matches at three in the morning isn’t good for anyone involved in the event – players, TV, fans, anyone. “When you’re expected to come back and perform the next day, I think that’s unreasonable.”

Murray – now ranked 832nd in the world – lost the first set tie break despite taking a 5-0 lead, losing seven points in a row.

He broke Copil twice in the second set to take it easily and looked to be on course for success when he achieved a break of serve to lead 4-2 in the final set.

The Romanian immediately broke back before holding serve to level the match and force another tie-breaker but Murray showed that his fitness levels are increasing as he ground out the win.

Should Murray take to the court against de Minaur it would be his first quarter-final since Wimbledon in 2017. Murray is 3.80 to win the event in Washington.