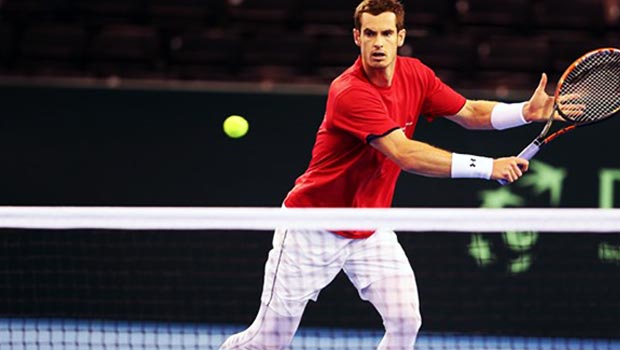 Andy Murray has dismissed the suggestion he will play in the doubles when Great Britain take on the United States in the Davis Cup.

Murray will play the singles in Glasgow when he opens against Donald Young on Friday afternoon and there had been suggestions he could play the doubles as well.

Jamie Murray and Dom Inglot have been nominated to face the Bryan brothers on Saturday but line-ups can change up to an hour before the start of play.

However, Murray says he does not expect to be drafted in but will go with whatever decision British captain Leon Smith makes.

“I would say it’s unlikely that I would play the doubles on Saturday,” said Murray. “If it’s required then it would be nice to play with Jamie or Dom.

“Whichever team Leon picks will have an opportunity of winning the match provided they play great tennis.”

Meanwhile, the world number one Bryan brothers are well aware of the threat posed by Inglot.

“I’m sure the fans want to see the Murrays versus the Bryans, the marquee match-up,” said Mike Bryan.

“Dom Inglot has the hot hand, he’s played us well in the last couple of matches, so we’re prepared for him. He’s the biggest server out there.”

Bob Bryan added: “If I was the coach it would be tough to leave a guy with a hot hand off the team, so he’s got a tough decision.”