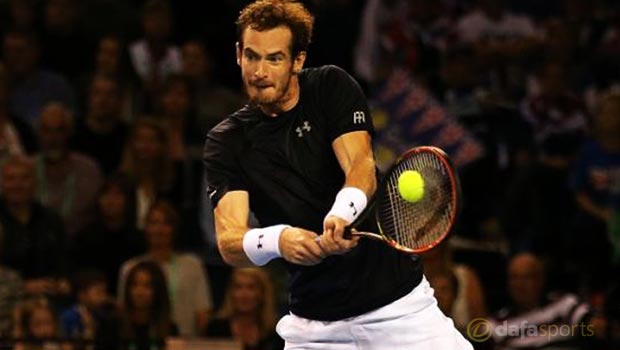 Andy Murray says he is feeling good ahead of a busy November after taking a short break from the game.

Murray is set to compete in the ATP World Tour Finals next month, having already secured his place in the end-of-season showpiece, and the Davis Cup final against Belgium with Great Britain in November.

The world number two took a three-week break from the ATP schedule after helping Great Britain overcome Australia in the Davis Cup semi-finals and made a winning return in Shanghai this week, with a straight-sets success over American Steve Johnson.

The Scot insists he now feels primed for a big November, which also includes the final Masters 1000 event of 2015 in Paris.

“Psychically I feel good,” he told Sky Sports. “It was very important for me to get that rest. I think mentally as well I needed it.

“It was tough few months from after Wimbledon really, I played a lot of tennis there.

“The Davis Cup matches are extremely rewarding. You feel great when you’re able to win, but it’s also mentally draining playing three matches in a row with a lot riding on each one.

“It was important for me to get a bit of time away from the court. And after this event I’ve got another couple of weeks where I won’t be playing any matches, so I’ll be able to get some further rest there and get some training done, work on some things and again, and hopefully stay fresh for the end of the year.”

He added: “I feel good just now and I’m happy with the decisions that I’ve made in terms of my schedule right now and hopefully it works through to the end of the year.”