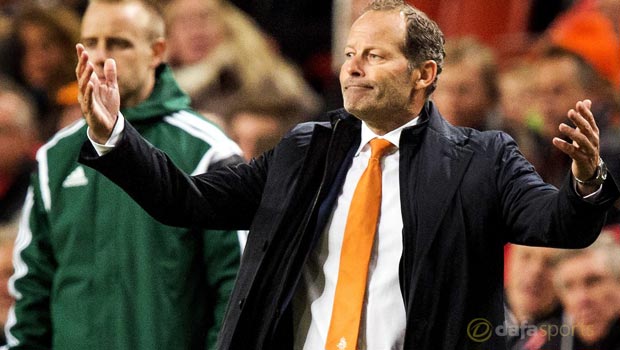 The Netherlands have missed out on a place in next summer’s European Championship after a 3-2 defeat at home to the Czech Republic on Wednesday.

The Dutch needed to win and also required Turkey to lose to Iceland in their final qualifier to move into third spot in the Group A table, but Danny Blind’s side found themselves 3-0 down with just over 20 minutes to go against the 10-man Czechs.

Klaas-Jan Huntelaar and Robin van Persie did get manage to hit the back of the net but the Netherlands left it too late and slipped to defeat.

Had the Dutch managed to find two further goals they would still have been left disappointed as Turkey struck late to down an Iceland side who had already qualified for Euro 2016.

Selcuk Inan found a late winner for the Turks after Gokhan Tore had been dismissed to seal a 1-0 win. That result means Turkey qualify automatically as the highest ranked third-placed team out of the nine qualifying groups.

Both Norway and the Ukraine had more points but results against the sides that finished bottom of the respective groups do not count and that means Turkey grabbed the final automatic place, with the Norwegians and Ukrainians now set to contest play-offs next month.

Netherlands boss Blind hopes to remain in charge of the side despite their failure to reach next summer’s tournament.

Blind, the father of Manchester United star Daley, only took charge in July after Guss Hiddink’s brief reign and has lost three of the four games he has overseen, but he insists he intends to continue as manager of the Oranje.

“I’m going to carry on with my work because I’m under contract until 2018 and I believe in this team,” he said.

“I haven’t achieved my goal. The aim was to qualify automatically or via the play-offs and I haven’t done that. Am I the one to blame? I now have to analyse that. The results weren’t good.”