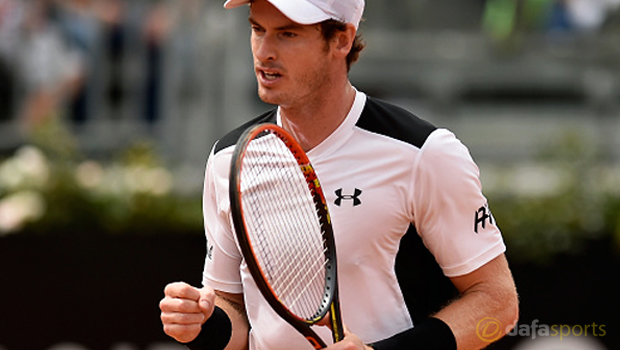 Two-time Grand Slam winner Andy Murray has revealed he could work with a new coach at Queen’s Club with the possibility of a permanent appointment being made ahead of Wimbledon.

Murray parted ways with Amelie Mauresmo after losing in the Madrid Open final to world number one Novak Djokovic recently and the search for a new coach is now underway.

Several names have already been linked with the vacant post but a reunion with former coach Ivan Lendl has not been ruled out by the British number one.

The 28-year-old won Wimbledon, the US Open and Olympic gold during two years with the ex-world number one from 2012 to 2014 and a second spell together would be of interest to him. “I’d certainly consider it.

I had fantastic results working with Ivan,” the Scot told BBC Sport. “Both of us, I think, enjoyed it enough to at least consider that.”

Murray has a busy schedule this season, with the final three Grand Slams and the Olympics in Rio amongst a number of tournaments he is set to participate in, and the Scot has now hinted that the warm-up event to Wimbledon could be the setting for a new addition to his coaching team.

“There’s a week after the French Open finishes and before Queen’s, so possibly at Queen’s I could try something out.

I’m not going into a full-time relationship with a coach without having tested it and trialled it,” he said.

“I’ve done that with all of my coaches over the years and you do need a bit of time on the court together to see how the practice and the communication is going.”

Murray will be aiming for a second title at the All England Club and the former champion is priced at 5.00 to triumph on home soil again, slightly behind 1.91 favourite Djokovic in the betting.

Swiss number one Roger Federer is priced at 7.00 while compatriot Stanislas Wawrinka is a 17.00 chance.