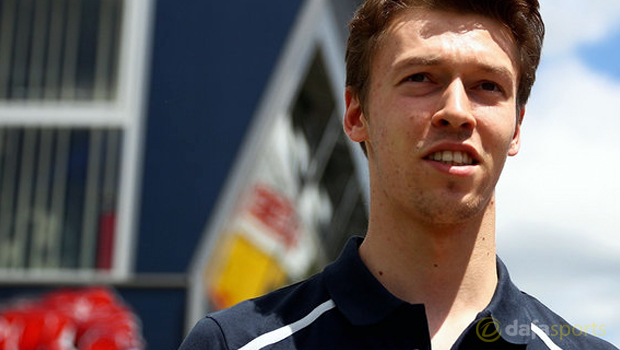 Toro Rosso’s Daniil Kvyat admits Sunday’s Spanish Grand Prix provides a real test and he must be able to deal with the tricky circuit in order to finish in the points.

Kvyat heads to Barcelona on the back of being dropped from Red Bull after being involved in a crash with Ferrari’s four-time world champion Sebastian Vettel in the most recent outing in Russia.

The 22-year-old was replaced at the four-time Constructors’ Champions by highly-rated youngster Max Verstappen and returned to his former team, who he impressed for in 2013 and 2014.

It was the impressive performances for the Faenza-based outfit that resulted in a promotion to Red Bull but the Russian will need to start again after the latest on-track incident.

Many thought the change of driver was slightly harsh and a rash decision, especially after Kvyat had managed to finish third in China in the third Grand Prix of the season.

However, the Ufa-born star is not letting recent events get him down and is instead getting prepared for what he believes will be a difficult outing at Barcelona.

“Even though we know this circuit inside out, it’s not an easy one as its very set-up dependent,” he said.

“You need to really be able to set-up your car in a nice way and get a good compromise between high and low speed.

“So whoever manages to do this the best will have a good race, but it’s always a challenge.”

Kvyat is priced at 19.00 to finish in the top three on Sunday, while Nico Rosberg, who has won all four races for Mercedes this term, is joint-favourite alongside team-mate Lewis Hamilton at 2.15 to win the GP.