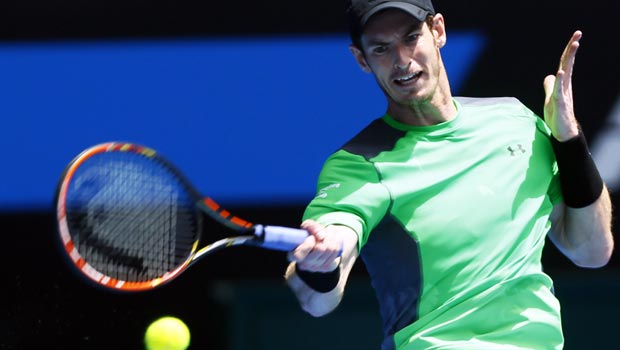 Andy Murray is confident that his serve is improving all the time, having breezed into the second round of the Australian Open with a straight sets win over Yuki Bhambri.

Sixth seed Murray, a three-time runner-up in Melbourne, was tested by the Indian qualifier, who led 4-1 in the third set before the Scot recovered to seal a 6-3 6-4 7-6 victory.

And Murray was happy with his performance, particularly with a serve which had come into question last year as he struggled for form and fitness.

He told BBC Sport: “I thought I served very well the whole match – that was the most pleasing thing for me.

“I didn’t serve well last year, (so) I went back to serving how I used to and that’s really helped me, I’ve felt a lot more comfortable.”

Murray served 13 aces and won 79 per cent of points on his second serve against Bhambri, who was the lowest-ranked player in the main men’s singles draw in Melbourne.

However, he is well aware that he will need to keep on improving if he wants to be crowned champion, with Grigor Dimitrov, Rafael Nadal, Roger Federer and Novak Djokovic all potentially standing in his way to glory.

In the immediate the sights of the former US Open and Wimbledon champion are firmly set on Australian Marinko Matosevic, with the two players having met on two previous occasions, both of which Murray won in straight sets.

Meanwhile, world number one Djokovic is 1.18 to win his first round clash with Aljaz Bedene with a -2.5 game handicap, with Bedene 3.94 to win with a handicap of +2.5.