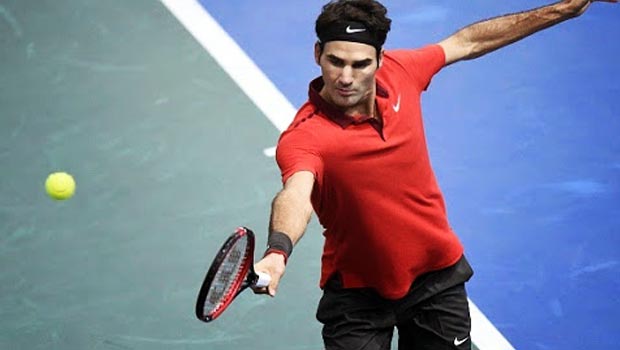 Andy Murray will hope to end a 100 per cent losing record against Roger Federer when they meet for the fourth time at the ATP World Tour Finals in London.

The pair have been drawn in Group B for the end-of-season finale in London, alongside US Open finalist Kei Nishikori and Milos Raonic, with Novak Djokovic, Stan Wawrinka, Tomas Berdych and Marin Cilic in Group A.

And Murray, whose has yet to reach the final at the O2 Arena, has to try and end a run of three straight losses to Federer in the season-ending showpiece.

However, overall Murray and Federer are locked at 11 wins apiece in their match-ups, with the Swiss maestro winning both of their meetings so far in 2014, at the Australian Open and then in Cincinnati.

And Murray, 7.00 to triumph in London is looking forward to a chance of completing a notable treble in the city, having won the Olympic title in 2012 and Wimbledon a year later.

The Scot admitted: “It would definitely mean a lot.

“I know what it takes to win at the highest level, so I will just make sure I prepare myself in the best possible way to give myself the best chance of success, but I am playing well and enjoying it right now.”