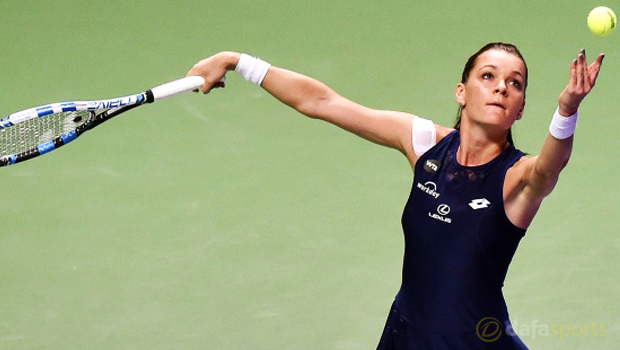 Agnieszka Radwanska was delighted with her WTA Finals success and insists she was in good form throughout the tournament.

The Polish star lost her first two round robin games but victory over Simona Halep in her final match ensured she qualified for the semi-finals, at the expense of the Romanian and Flavia Pennetta.

Radwanska overcame Garbine Muguruza in the last four before downing two-time Wimbledon champion Petra Kvitova in the final to claim the biggest title of her career to date.

The world number five became the first player since the introduction of the round robin format in 2003 to win the title after losing two matches in the season-ending showpiece, but Radwanska insists her performances against both Pennetta and Maria Sharapova were good regardless of the fact she lost.

“I lost first two matches but it’s not like I was playing bad. It was still good matches. I just didn’t use the chances.” Radwanska is quoted as saying by Tennis World USA.

“I wasn’t really focused enough and something just slipped away and then it was hard to come back. But definitely not bad matches, especially the one against Maria. I was really feeling better afterwards and I think I got used to the conditions, used to the surface”.

Radwanska is yet to claim a Grand Slam title but she did reach the Wimbledon final in 2012, where she lost in three sets to Serena Williams.

The 26-year-old is regarded as one of, if not the, most technically gifted players on the WTA Tour but a lack of power has arguably hindered her chances of taking one of the top prizes in tennis.

However, Radwanska should now head into the Australian Open next year in confident mood after her Tour Finals success and she can be backed at 26.00 to take the title in Melbourne.