Posted by Daniel Martin on September 9, 2014 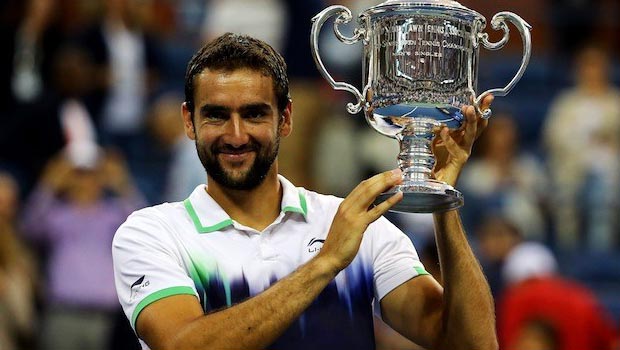 Marin Cilic became the first Croatian to capture a Grand Slam title since his coach Goran Ivanisevic won Wimbledon 13 years ago when he beat Kei Nishikori 6-3 6-3 6-3 in the US Open final.

The number 14 seed had knocked out Gilles Simon, Tomas Berdych and Roger Federer on his way to his first Grand Slam final and was far too strong for the Japanese player, who appeared to still be suffering from fatigue following his earlier exploits at Flushing Meadows in knocking out Milos Raonic, Stanislas Wawrinka and Novak Djokovic.

“This is the result of all the hard work in the last few years, and especially this last year,” said the 25-year-old Cilic after his triumph.

“My team has brought something special to me, especially Goran. We’re working really hard, but most important of all he has allowed me to enjoy my tennis and always have fun. I think I have enjoyed my best tennis over here and played the best ever in my life.”

Cilic’s victory gave credence to the theory that men’s tennis could be moving into a new era.

Federer, Rafael Nadal and Djokovic have dominated men’s tennis for the last decade and, until this year, the only other men to win a Grand Slam since 2005 had been Juan Martin del Potro and Andy Murray.

Del Potro won the 2009 US Open while Murray tasted success at Flushing Meadows two years ago and at Wimbledon in 2013. But Wawrinka’s victory at the Australian Open and Cilic’s success at the US Open suggests the trio’s dominance could be coming to end.

Attention now turns towards the Davis Cup which Switzerland, including Federer and Wawrinka, are 1.57 to win while France can be backed at 4.50.