Belgium’s defender Toby Alderweireld ready to fight for his place

Posted by Fred McKinley on September 9, 2014 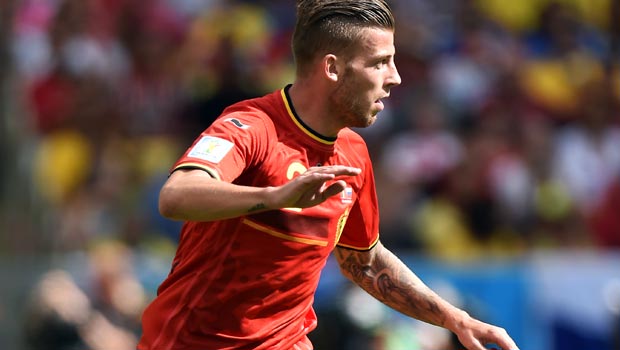 Belgium international Toby Alderweireld accepts that he may not be a regular in Southampton’s first team this season.

The 25-year-old, who can play at right-back or centre-half, moved to St Mary’s on a season-long loan agreement on transfer deadline day from Atletico Madrid, and Saints have the option to buy the player next summer for a fee believed to be in the region of £6.3million.

Alderweireld only featured in 12 matches for Atletico last season following his £6million transfer from Ajax 12 months ago as Diego Simeone’s team won the La Liga title and reached the Champions League final.

Only two of Alderweireld, Jose Fonte, Florin Gardos and Maya Yoshida can start in the centre of Ronald Koeman’s defence, while Nathaniel Clyne is currently the holder of the right-back role.

Alderweireld accepts the situation though and is aware that he faces a battle to become a first-team regular, although he hopes to play some part in Saturday’s Premier League match against Newcastle United. Southampton are 1.82 to win the game while Alan Pardew’s side are available at 4.20 to come out on top.

“I will get the chance to show, but if I have two weeks in a row when I do not perform well, I will move to the bench,” said Alderweireld. “The football requires more from you physically than in Spain.

“The Premier League is also changing. I have four years in a row in the Champions League and have played in the World Cup, I know what excellence means.”

Alderweireld has also revealed that he chose to move to Southampton rather than Marseille because of Koeman, adding: “My conversation with Mr Koeman also gave me the reason to choose Southampton. He knows me and gave me a good feeling.”