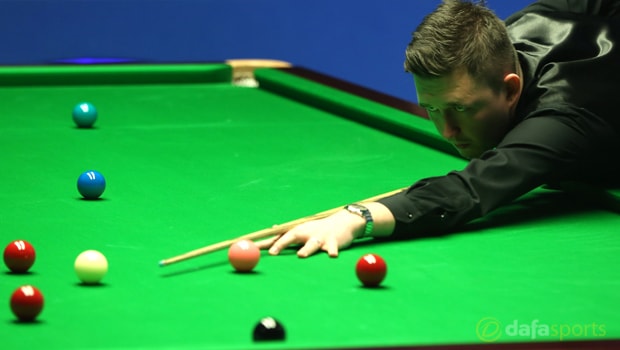 World number 11 Kyren Wilson will take on Estonia’s Andres Petrov in the first round of the World Games on Thursday.

The Briton is the highest-ranked player competing in the tournament in Wroclaw and he should have little problem in disposing of amateur player Petrov.

Wilson has enjoyed some impressive results in recent months, reaching the quarter-finals of the 2017 World Championships, where he was beaten by eventual finalist John Higgins, while he also made it through to the semi-finals of the China Open.

However, the 25-year-old has not won a tournament since his triumph in the 2015 Shanghai Masters, his only major title to date.

Should Wilson secure his place in the last eight then he will face the winner of the first-round match between Hong Kong’s Ng On Yee and Michael Judge of Republic of Ireland.

Ng On Yee is one of two female players participating in this year’s tournament, although she is likely to have her work cut out against former world number 24 Judge.

Wales’ Andrew Pagett is also in first round action on Thursday when he takes on Alexander Ursenbacher of Switzerland.

Pagett has been ranked as high as number 71 in the world, however, it is Ursenbacher who appears to be in the better form, as he reached the second round of the Riga Masters earlier this season.

Whoever wins the match between Pagett and Ursenbacher will be rewarded with a quarter-final tie against either Soheil Vahedi of Iran or South Africa’s Peter Francisco.

The World Games will be played over five days with the final taking place at the Wroclaw Congress Center on July 30.