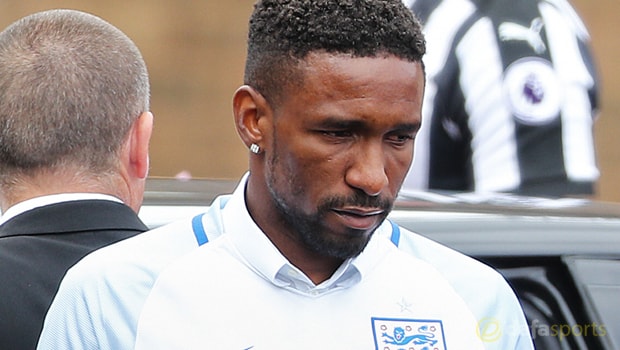 Jermain Defoe is hoping an impressive season with Bournemouth can boost his chances of going to next summer’s World Cup with England.

The experienced striker joined the Cherries on a free transfer from Sunderland last month, having scored 15 goals during the Black Cats’ relegation season.

The 34-year-old’s impressive form earned him a recall to Gareth Southgate’s England squad at the start of the year and he marked his return with a goal in the Three Lions’ 2-0 victory over Lithuania.

Defoe is now hoping to continue his fine form with Bournemouth and he is confident that will be enough to earn him a place in England’s final 23-man squad for next summer’s finals, provided they secure qualification.

“It’s only normal to have one eye on the World Cup,” Defoe said.

“Every English player will want to get in to that squad but it’s based on merit, so you’ll have to play well for your club.”

“I’ll focus on doing that and then if I get the opportunity to play in the World Cup again, it would be a dream.”

The former Tottenham player knows he must first focus on securing a regular place in the Bournemouth team and he knows that will be easier said than done with the likes Benik Afobe and Callum Wilson providing competition in the striking department.

“It’s good competition here and that’s what you want as a player,” Defoe added.

Defoe will be hoping to be included in the Cherries’ starting line-up for their opening Premier League match of the new season, a trip to The Hawthorns to take on West Brom on August 12.

Bournemouth are priced at 3.00 to kick-off the campaign with a victory, while the Baggies are available at 2.30 and the draw is on offer at 3.25.