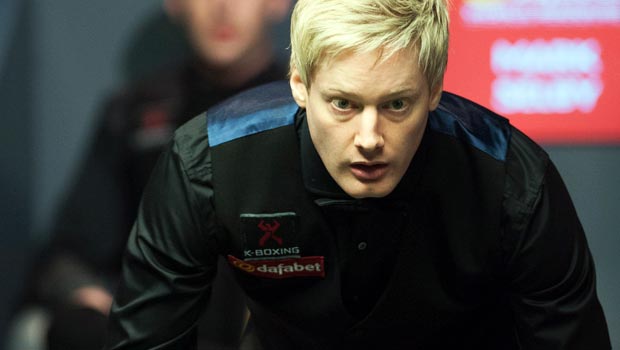 Former world number one Neil Robertson is confident he will be able to successfully defend his UK Championship crown.

The Australian beat Mark Selby 10-7 in last year’s edition of the tournament, after fighting back from 5-1 down, to complete a career Triple Crown, having won the World Championship in 2010 and the Masters in 2012.

No player has managed to defend the UK title since Stephen Hendry landed three in a row between 1994 and 1996, but Robertson feels he can retain the trophy.

The world number two successfully defended his Wuxi Classic crown earlier this season and he feels that proves he has the ability to cope with the additional pressure of being the defending champion at a major event.

“It gives me a bit more confidence,” said Robertson, who is 8.50 to win the UK Championship outright.


“The previous winner of a big event always has a big target on his back, so [Champion of Champions winner] Ronnie O’Sullivan and I are the two players that the public will be looking at.”

However, Robertson is well aware there are plenty of players capable of taking the title in York ahead of his opener against Joe O’Connor on Thursday.

He added: “There’s also players like Mark Selby, Ding Junhui, Judd Trump – and you can never rule out people like John Higgins even though he’s having a tough time.

“And Mark Allen has recently lost four finals in a row so he must be at boiling point. He’s going to come bashing through the door at some point.”