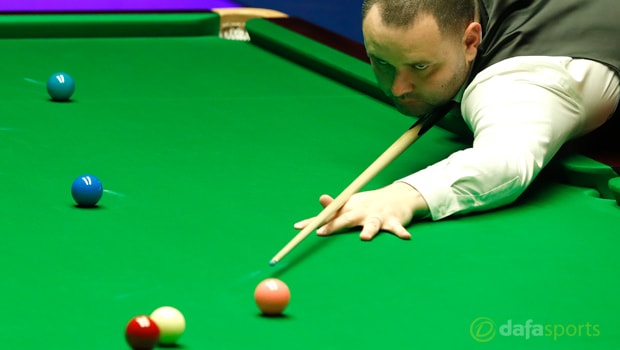 Two-time World Championship semi-finalist Stephen Maguire is on the verge of booking his spot in the main draw of this year’s event in Sheffield after opening up a three-frame lead over Hossein Vafaei in the final qualifying round.

Maguire, who has not won a tournament since triumphing at the 2014 Six-red World Championship, made breaks of 50, 58 and 52 to move into a 6-3 lead heading into the final day’s play on Wednesday.

The Scot, ranked 18th in the world, is just four frames away from advancing into the main stage of the draw for the season-ending event at the Crucible, which gets underway on Saturday.

However, Iran’s Vafaei will not give up easily and has already showcased his skill during the contest, having made impressive breaks of 67 and 95 to stay within striking distance.

Maguire is the firm 1.06 favourite to pick up the win whilst his 23-year-old opponent, who has never made the first round of the World Championship, is the 8.00 outsider.

Elsewhere, Michael White is involved in a ding-dong battle with England’s Jimmy Robertson, with the Welshman holding a slender one-frame advantage at 5-4.

England’s Joe Perry is on the verge of progressing after opening up a 7-2 lead over compatriot Mark Davis whilst Wales’ Matthew Steven also leads Irishman Ken Doherty by the same scoreline.