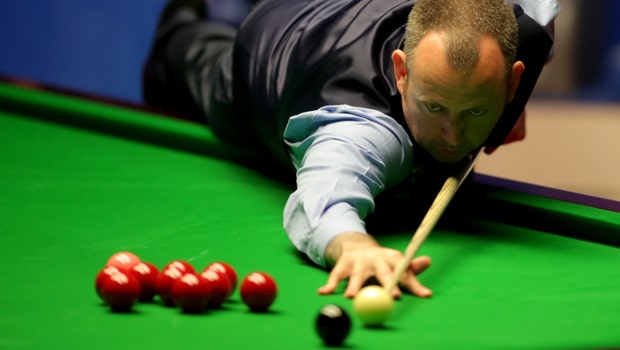 Defending champion Mark Williams has made a good start to this year’s Six-red World Championship.

He beat Thepchaiya Un-Nooh 8-2 in last year’s final and has begun his 2018 campaign with two victories.

In a repeat of last year’s final he saw off Un-Nooh 5-1 on Monday and the following day made it two from two with victory over Tom Ford.

Those two victories mean he is top of Group A in Bangkok and, with all having played two out of three, is assured of a place in the knockout stages of the competition.

The tournament, given its name because it uses six red balls rather than the usual 15, is in the group stages at the Bangkok Convention Centre, which are the best of nine frames.

The top two in each of the eight groups qualify for the knockout stages where the last 16 compete in best of 11 ties.

The final takes place on Saturday and is the best of 15 frames. While Williams looks on course to win a second successive title in Bangkok, Un-Nooh is unlikely to be in the knockout stages having lost both his games so far.

His loss to Williams was followed by a defeat to Ricky Walden 5-4. So, with the third and final group games to come, it looks to be between Ford and Walden as to who goes through alongside Williams in Group A.

Walden plays Williams on Wednesday while Ford takes on Un-Nooh. Group B looks more straightforward with both Ryan Day and Stephen Maguire on course for the last 16.

In their second games Day beat Luo Honghao while Maguire was a 5-1 winner over Nutcharut Wongharuthai and the British pair have two wins from two and have booked their places in the knockout stage of the competition.