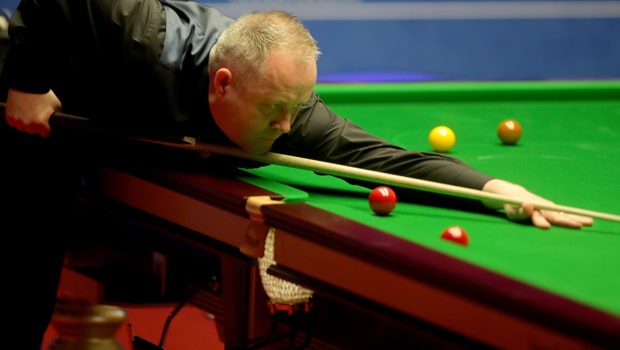 John Higgins remains in contention for a second China Championship title after reaching the last eight in Guangzhou. The Scot plays Judd Trump in the last eight, two years after winning the first staging of the tournament.

Higgins won in 2016, beating Stuart Bingham 10-7 in the final and reached the last eight this year after coming through an all-Scottish clash in the last 16. He beat Scott Donaldson 5-3 and again seemed to struggle to find his best form only to get through.

He was in trouble the previous round, 4-2 down to China’s Mei Xiwen and within a frame of defeat only to take the last three frames. He admitted at the time:

“I was very lucky to win, Mei had a great chance to go 4-1 up. There’s no way I can go any further if I keep playing like that.” Against Donaldson Higgins remained in patchy form but did enough and breaks of 51, 53 and 52 saw him home.

In the last eight in this the third staging of the China Championship, he will meet Judd Trump whose form has been more impressive in getting to this point.

He eased past Rhys Clark 5-0 in the first round, overcame Jamie Jones 5-2 in the second and won through to the last eight with a 5-1 victory over home favourite Yan Bingtao.

Trump took the first frame, Bingtao levelled but Trump then took charge, taking the third and fourth frames with breaks of 83 and 111.

That clash is the best of nine frames, the semi-finals are the best of 11 while the final, won last year by Luca Brecel, is the first to 10.