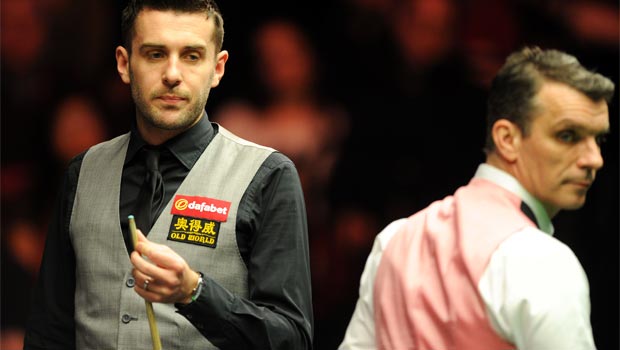 Defending Masters champion Mark Selby admits he was guilty of losing focus before edging out Mark Davis 6-5 in his opening match.

Breaks of 59 and 80 in the opening two frames got Selby off to the perfect start before he wrapped up the next two frames to take a commanding 4-0 lead.

However, Davis, who is nicknamed ‘The Battler from Hastings’, showed such qualities when taking the first two frames after the interval before Selby took the next to go 5-2 in front.

Davis was not done, though, and the first century break of this year’s tournament, an impressive 136, closed the gap again.

He then set up a tense decider as breaks of 62 and 61 levelled matters, only for Selby to take the final frame which lasted a mammoth 55 minutes.

“I controlled the match to go 4-0 ahead, but I seemed to go back out and lose focus,” he said after the match.

“For whatever reason, I struggled a bit. Every credit to Mark. He came back strongly. You just have to wipe out everything that has gone before and focus on the final frame.

“I’ve had a lot of deciding frames and managed to come through more than I’ve lost. I beat [Ronnie] O’Sullivan 10-9 in the final a few years ago. It gives you confidence knowing you’ve won a few deciders in the past here.”

Elsewhere, John Higgins booked his passage through with a comfortable 6-2 win over Stuart Bingham.