Ronnie O’Sullivan: ‘I’ll give it my all’ 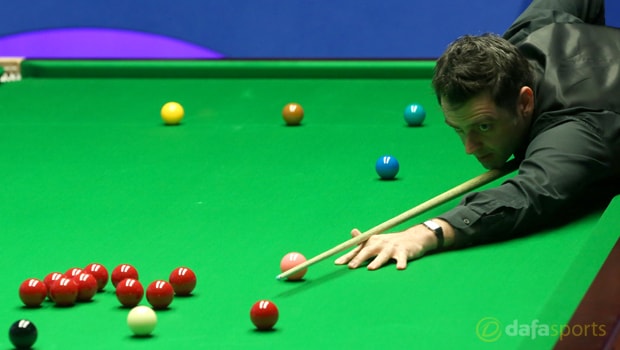 Ronnie O’Sullivan will be hoping to cut out the mistakes and secure another title as he prepares to take on Neil Robertson in the final of the Hong Kong Masters.

The 41-year-old will get the chance to win the trophy and £100,000 prize on Sunday after be beat Judd Trump 6-5 in a dramatic semi-final on Saturday.

Two of snooker’s biggest names went head-to-head and O’Sullivan won the first frame on the colours.

A score of 87 from O’Sullivan saw the score move to 4-4 before players secured another frame each in an epic battle.

However, O’Sullivan forced Trump into a tight spot in the final frame and he then scored 39 to take the victory.

The five-time world champion admits he made silly errors but he will be hoping to produce the goods to beat Robertson.

The Australian beat home favourite Marco Fu 6-4 in the other semi-final and O’Sullivan insists he will do all he can to win.

He told World Snooker: “I was really pleased that I held myself together. You have to try to let instinct take over in that situation.

“I was making some silly mistakes and handed frames to Judd, but I tried to stay positive and the crowd were behind me which helped.

I was pleased to give them a reason to cheer. I’ve had two really hard matches here against John Higgins and Judd and I’ll be giving it my best shot in the final.”