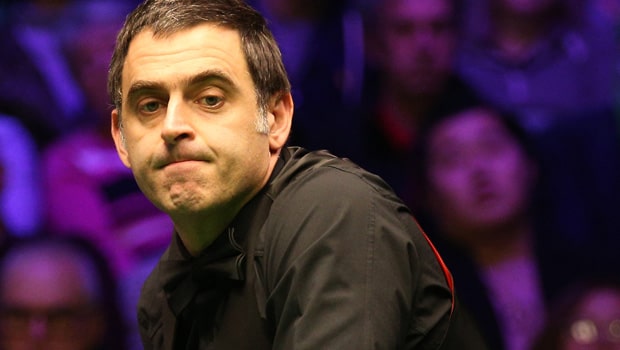 Ronnie O’Sullivan shined then stumbled at the semi-final stage of Group 5 of the Championship League, after losing to Kyren Wilson on Thursday. He was unable to keep up the remarkable form he showed on Wednesday.

The Rocket was on terrific form on Wednesday, after he defeated Joe Perry and Wilson 3-0, before eliminating Ali Carter and Mark Selby 3-1. In the process, he rattled in three consecutive centuries (125, 124, and 140) in the clash with Selby.

However, Thursday was a completely different day for the world champion, as he was beaten in his final two group stage matches to Mark Williams and Barry Hawkins, both 3-1.

Although his wins on Wednesday were sufficient to get him into the semi-finals, the 45-year-old get back into winning ways and was defeated by the Kyren “The Warrior”. Wilson. Nonetheless, credit has to be given to Wilson for putting up such an impressive performance in his game against O’Sullivan. Wilson had breaks of 132, 128, and 83, which secured him a hard-fought 3-2 victory, while O’Sullivan got a break of 132 himself as he claimed his second frame.

After seeing off O’Sullivan, Wilson then played Mark Williams in the group final. The 29-year-old Englishman bounced back from a 2-0 deficit to beat Williams 3-2 and advance into the Winners’ Group.

Ronnie O’Sullivan chose not to play in Group 6 of the tournament on Friday and Saturday, and Li Hang has already taken his place.

Meanwhile, arrivals such as David Gilbert, Liang Wenbo, and Anthony McGill join the tournament. Perry and beaten semi-finalist Carter are into the next stages, while Hawkins and Selby have been eliminated from the tournament.

Group 6 of the Championship League will take place this week, while Group 7 will begin on 30-31 March before the Winners’ Group on the next two days. Zhou Yuelong, Graeme Dott, John Higgins, and Judd Trump have already booked their places in the Winner’s Group.