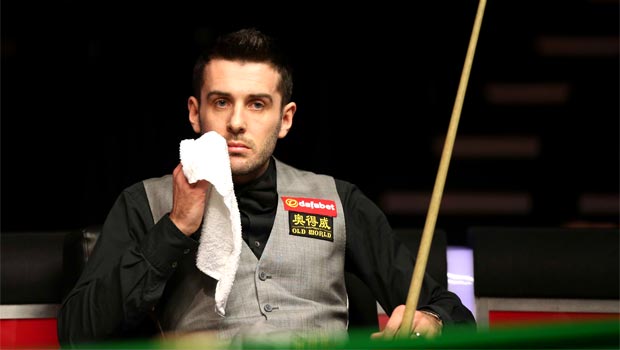 Mark Selby admits his friendship with Shaun Murphy will count for nothing when the pair clash in the semi-finals of the Dafabet Masters.

Selby booked his spot in the last four with an amazing come-from-behind victory over John Higgins at Alexandra Palace.

The ‘Jester from Leicester’ trailed the Scot 5-3 at one stage, but managed to claw his way back to 5-5 with the tension mounting in north London.

Higgins held all the aces in the decider when he raced to a 57-0 lead, but the 30-year-old former World Championship finalist produced a superb snooker which caused his opponent to foul several times.

That was all Selby needed and he clinched the frame and match with a superb pot on the pink to advance to yet another semi-final at the prestigious event.

Murphy had performed his own Houdini act earlier in the day when coming back from 4-1 down to beat Marco Fu 6-4 and stay alive in the tournament.

He struggled early on, but suddenly hit top form and looked back to his best when compiling breaks of 86, 81 and 117.

Another solid break of 64 in the final frame saw the Sale-based man get over the line and he will now square off against Selby on Saturday.

The pair are good friends, but it will be business as usual when battle lines are drawn on the green baize over the weekend, according to Selby.

“I’ve watched a bit of Shaun this week and he seems to be playing well and I’m happy for him because I don’t want to see my friend struggle,” he said. “But that will go out of the window on Saturday.”