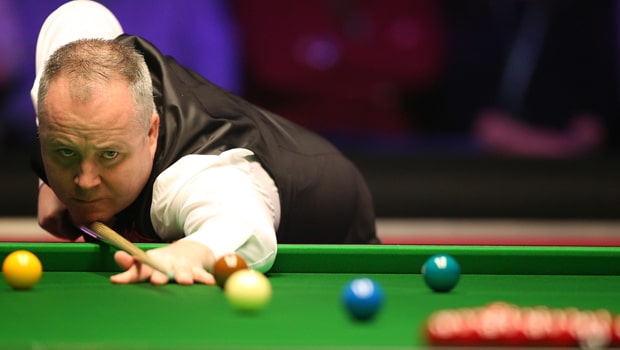 John Higgins has again hinted this could be his last season as a professional following his 5-4 defeat to teenager Yuan Sijun in the first round of the German Masters.

The Scot, who is a four-time world champion and has reached the final at the Crucible in each of the last two years, has struggled for form this season, with his run to the final of the China Championship being the only occasion he has made it through to the latter stages of a ranking event.

The 43-year-old hinted earlier in the campaign that this could well prove to be his final year on the tour and he once again suggested that may be the case after failing to find his best form and confidence against Yuan.

“I’m missing so many easy balls when it comes down to the crunch so I didn’t expect to win in the end,” Higgins told reporters.

“In the last frame I twitched a red in the middle bag, it was such a big twitch. If you can’t win a frame from that position then as I’ve said before it’s time to chuck it. I’d forgotten how tough it is to concentrate when you’re not playing great and not feeling great.”

Higgins had looked well placed to advance, as he led Yuan 3-1, but the Chinese player then won three frames in a row to move within touching distance of the second round.

However, Higgins showed glimpses of his best form in frame eight, forcing a decider following a break of 93, but it was Yuan who ultimately held his nerve to set up a second-round match against Welshman Duane Jones on Friday.

Victory on Friday would see Yuan reach just his second ranking event quarter-final and he is priced at 1.25 to do just that, while Jones, who is ranked 25 places below him in the world, is available at 3.60.