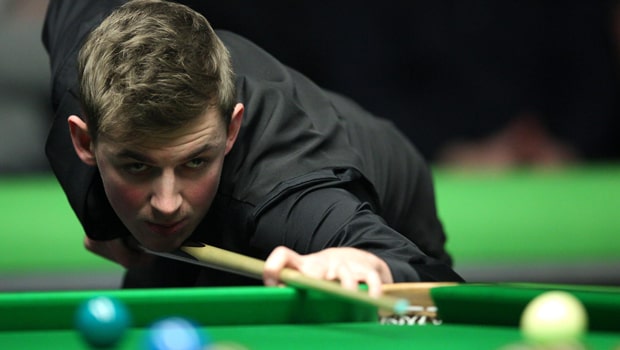 James Cahill is on course to make World Snooker Championship history as the first amateur player to reach the first round at The Crucible.

Never before has a non-professional player been in the main draw since the tournament began in 1927.

Cahill leads fellow amateur Michael Judge 6-3 in their best-of-19 frames third qualifying round match ahead of a decisive session on Wednesday.

The Blackpool potter clinched his tour card by overcoming Michael Holt 10-7 on Sunday in the second qualifying round and now only one obstacle stands in his way of a first-round place at the World Championships.

Cahill says a year’s dedication to his craft has got him back onto the World Snooker Tour.

Cahill said: “I think I’ve definitely shown now that I am good enough. I just want to get on the tour and get up the rankings where I think I can potentially be.

“I have dedicated my life to it over the last year.

“Maybe a few years ago I didn’t do that. Snooker is everything for me and I’m glad to have this chance.”

Cahill, who also beat Andrew Higginson in the first qualifying round, is playing as an amateur Q School top up this week, having been relegated from the tour in 2017.

He raced into the early lead against Irishman Judge on what is aptly being billed as ‘Judgement Day’.

Cahill showed his scoring ability with breaks of 50, 82, 96 and 103 helping him establish a 4-0 lead before Judge struck back.

But Cahill sunk the black in a sixth-frame shoot-out to maintain his big advantage, then added the seventh before Judge pulled two frames back before the end, closing with a break of 71.