Graeme Dott hoping to pile on the pressure 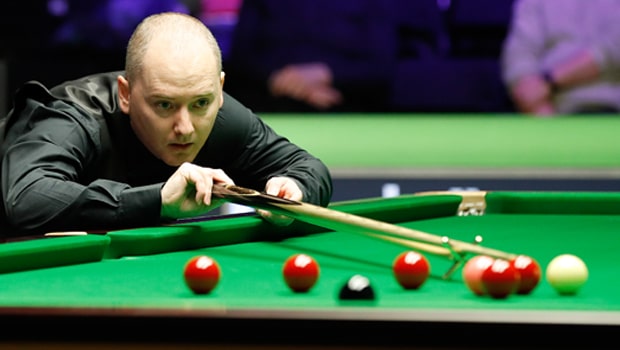 Scotland’s Graeme Dott will look to put the pressure on Mark Selby on Thursday as he prepares to qualify from Champions League Group 4.

The 41-year-old has not fired since July when he reached the quarter-final of the Riga Masters before losing to Jack Lisowski.

He then impressed on home soil at the Scottish Open, reaching the fourth round at the start of December.

Brecel actually claimed the first frame, but Dott then found his rhythm to win the next three. Scores of 72, 133 and 92 got him the match point he needed, before he was then humbled by Allister Carter.

Carter’s 3-1 success saw Dott go back to the drawing board and his chances of progressing looked in trouble when he lost to Wales’ Ryan Day.

However, a 3-2 defeat did not dampen his mood and Dott ended Wednesday’s session with a win over Stuart Bingham. A 3-2 success moved him into second in the standings, but he has played a game more than Selby.

On Friday he will start the day with a match against Barry Hawkins and despite his two wins he is now the outsider.

Dott’s final game of the day will come against Selby and it comes as no surprise to see him as the underdog again.