Posted by Vincent Henderson on January 10, 2019 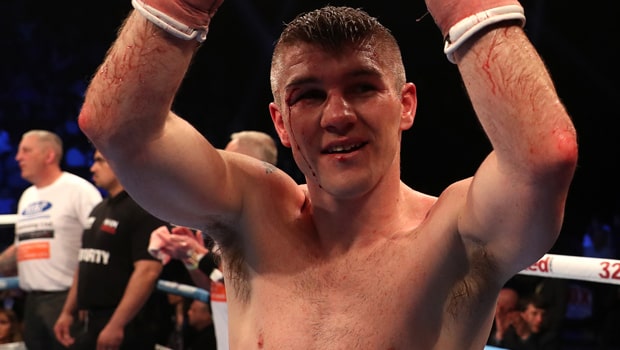 The 30-year-old has not been since in six months when he last competed against Jaime Munguia in Las Vegas.

Smith lost on points to the hard-hitting Mexican although his career is far from over as he tries to win another world title.

‘Beefy’ won his first belt in 2015 after claiming the WBO world super-welterweight title before losing that title after being beaten by Saul ‘Canelo’ Alvarez in 2016.

Smith was part of Frank Warren’s Queensbury Promotions stable but will now make his debut for Matchroom Boxing in Liverpool on March 30.

“First and foremost, I just want to say a massive thank you to Frank for everything he has done for my career,” Smith told Sky Sports.

“It was under Frank I won the world title and challenged twice more for the belt, and I’ll always be very appreciative.

“It’s a little bittersweet to be moving on, but I just felt that at this stage of my career a change would serve me well, and I’m happy to be joining a great stable in Matchroom.”

Promoter Eddie Hearn added: “I’m delighted to welcome Liam to the team. Liam is the only brother we haven’t worked with and I feel he has plenty of big fights left in the tank.

“He will return to Liverpool on March 30 as he sets out to try and regain a world super-welterweight title later this year.”

A potential fight against Sheffield’s Kell Brook could be on the cards while Amir Khan may be an option in 2020.