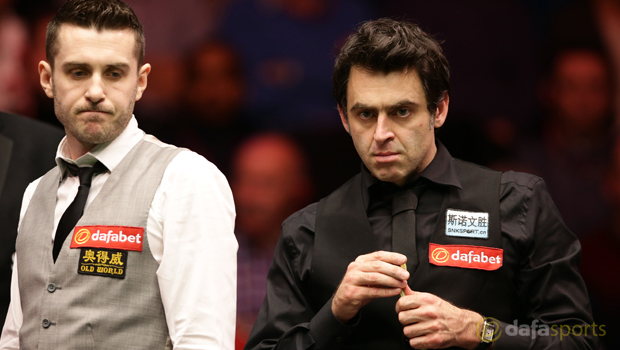 Former world champion Mark Selby says he does not deliberately try to stop the momentum of arch-rival Ronnie O’Sullivan.

The pair have had a chequered past, with O’Sullivan labelling Selby ‘the torturer’ for the methodical approach he takes to the game.

Selby and O’Sullivan will meet on Friday in the Welsh Open quarter-finals and the 2014 world champion says he does not have a game plan to upset the rhythm of his opponent.

Rather, Selby says he simply cannot compete at the pace O’Sullivan tends to set.

“I don’t deliberately try and slow Ronnie down, but I’m not as naturally gifted,” Selby said looking ahead to their last-eight tussle in Cardiff.

“If I played that fast I would never pot a ball. By the time he has hit his shot I am just getting down to the ball.”

O’Sullivan dumped Selby out of the Masters in London last month en-route to victory with the latter feeling his opponent reserved his very best form for their meeting.

“I didn’t feel I did that much wrong in the Masters. I honestly thought Ronnie played better against me than anyone else in that event. He played extremely well,” Selby added.

Selby came through a last-16 clash with Mark Williams 4-2 despite twice trailing on Thursday. ‘The Jester’ knocked in breaks of 90, 128 and 115 to move on.

The Rocket has been firing on all cylinders in Cardiff but Selby is relishing the challenge.

“He has been the player of the tournament so far. Standard-wise he has played fantastic snooker. We go up to best of nine frames for the quarters, and I am really looking forward to it,” he added.