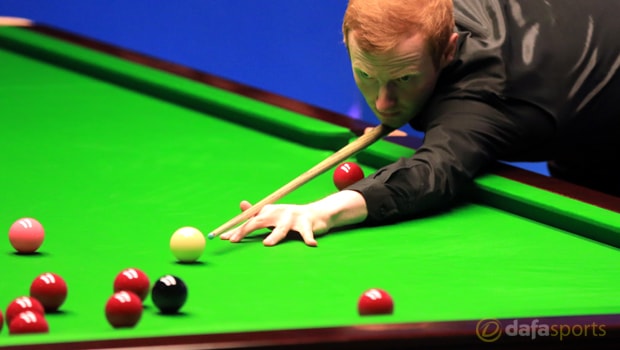 Anthony McGill admits he is in bonus territory at the World Open in China ahead of a last-16 encounter with Lee Walker.

The Scot, beaten in last week’s Indian Open final by compatriot John Higgins, came through a thrilling encounter with another of his countrymen, Stephen Maguire, with a dramatic 5-4 win.

The 2004 UK champion opened up a 4-2 lead while McGill was left needing a snooker in the seventh to stay alive, but he got it and took the frame before going on to set up a deciding frame.

There Maguire, who dispatched McGill 10-2 in their World Championship clash in Sheffield back in April, had the chance to clinch a tense frame on the black.

Playing the decisive pot with the rest, Maguire missed and McGill duly pocketed the final ball to advance in the last 16.

Having feared the worst, the world number 18 will take anything that happens for the remainder of the week in China as a bonus. “I should have lost that match.

After that I am just happy to be in the next round,” said McGill. He faces England’s Lee Walker in the last 16.

McGill is 1.25 to win the match with Walker, ranked 51 places below his opponent in 69th, 4.00 to come through the best-of-nine tussle.

Perry compiled break of 114, 57, 79 and 60 in seeing off Welshman Day while Ding also enjoyed a whitewash against compatriot Xiao Guodong.