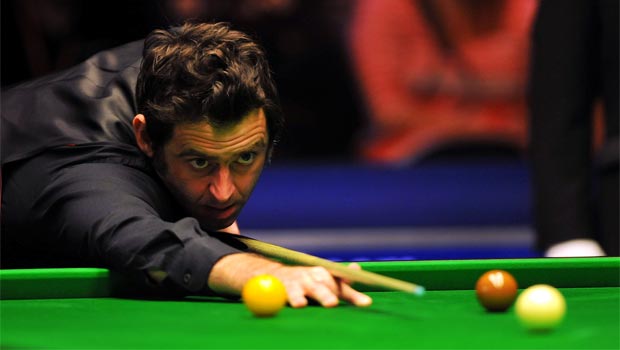 O’Sullivan enjoys this non-ranking event, having taken the title in 1995, 2005, 2007 and 2009, but it will be only his second taste of the atmosphere at Alexandra Palace.

The reigning world champion did not take part last year, when Mark Selby ran out champion, and lost 6-2 in the quarter-finals to Judd Trump in 2012.

‘The Rocket’ arrives at the event after a quarter-final appearance at the UK Championship in York in which he lost 6-4 to in-form Stuart Bingham.

Milkins is making his Dafabet Masters debut, having qualified for snooker’s most prestigious invitation competition for the first time in his 19-year professional career after an outstanding year.

The Gloucester potter said: “It’s been a long time coming, to tell the truth, but I’m really looking forward to it.

“It’s been playing on my mind for a fair few months, trying to make sure I get the qualifying spot, and I look forward to playing Ronnie on Tuesday.”

The ‘Milkman’ will face O’Sullivan a month after being thrashed 6-0 in just 68 minutes by him at the UK Championship – his fourth defeat in four matches against him.

However, Milkins is hopeful of exacting revenge over ‘The Rocket’, who entered the tournament only two days before the deadline.

“That’s snooker. I chucked a couple of frames away early on and in the end that made all the difference,” said Milkins.

“He got on a bit of a roll and against Ronnie you can’t afford to let him go two or three up because he’s a great front-runner.”