Ali Carter and Ryan Day advance to next stage 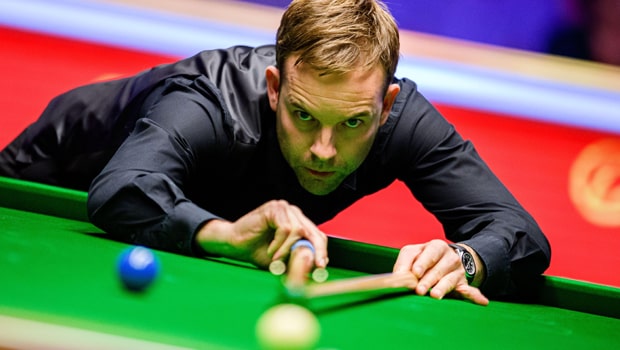 Ali Carter and Ryan Day both progress into Finals Day of the ongoing 2021/22 Championship League Snooker at the Morningside Arena in Leicester.

Ali Carter, who is ranked 24, had previously expressed his desire to get back into the world’s top 16 and he showed his willingness to achieve that ambition with his exceptional performances in Group E against Shaun Murphy, Graeme Dott, and Gerard Greene.

Ali ‘The Captain’ Carter began his round-robin games with a 3-1 win over Graeme Dott. Carter also gave himself a decisive 3-1 win against Murphy, meaning he just needed a point against Greene to qualify to the next stage.

The 42-year-old Englishman went on to dismantle Greene 3-0 for his best result of the day. The 2016 World Open winner made it three wins from three and cemented his place in the next stage of the tournament.

After the games he said knew he had to work hard to come out top of the group because the group had Shaun and Graeme, who are both former world champions.

Ryan Day is looking to get his hands on his first Championship League title. The Welshman showed that he is a strong contender to the title this season, as he went unbeaten against Alexander Ursenbacher, Stuart Bingham, and Ashley Hugill to lead in Group F.

Ryan ‘The Dynamite’ Day then shower class by beating Hugill 3-1 from 1-0 down, which set up a final showdown against Bingham for the top spot in the Group.

In the end, it proved to be a comprehensive victory for Day, who defeated Bingham 3-0, with a top break of 74 to top the group.