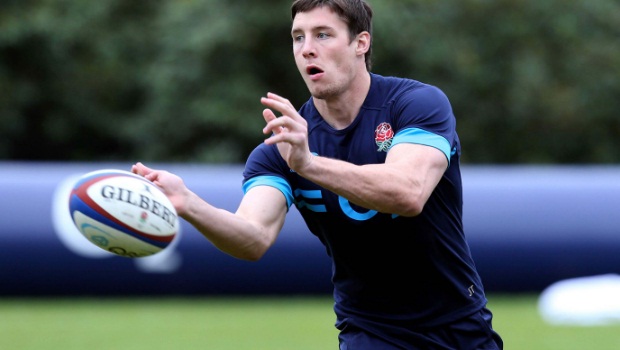 Joel Tomkins will make his England debut in Saturday’s opening QBE Autumn International against Australia at Twickenham after being named in coach Stuart Lancaster’s starting XV.

The Super League convert, whose brother Sam is in England’s Rugby League World Cup squad and will be up against Ireland on Saturday, will line up alongside Billy Twelvetrees in a new-look midfield against the Wallabies.

The other main talking point from Thursday morning’s team selection is Northampton’s in-form Lee Dickson getting the nod at scrum-half with Ben Youngs having to settle for a place on the bench.

Marland Yarde is rewarded for his two tries in England’s last match against Argentina in June with a start on the wing, while forwards Mako and Billy Vunipola start a Twickenham international together for the first time at loose-head prop and number 8 respectively thanks to Alex Corbisiero’s absence with a knee injury.

Courtney Lawes will be partnered by Joe Launchbury in the second row after Geoff Parling was ruled out because of concussion he suffered in training.

England side to play Australia at Twickenham on Saturday: