Posted by OLADIPUPO MOJEED on November 11, 2020 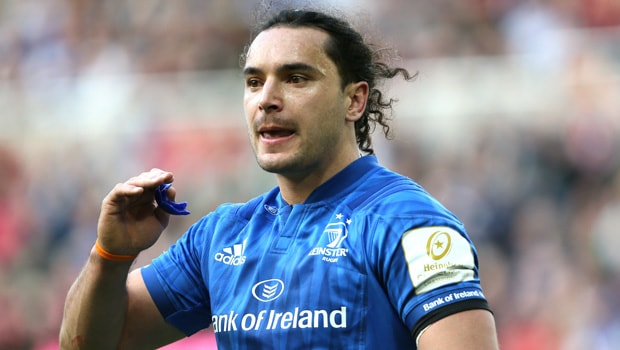 James Lowe is set to make his Ireland debut in the Autumn Nations Cup opener against Wales scheduled for Friday.

The 28-year-old Leinster winger qualified to play for Ireland through residency and starts in Dublin. He is expected to start alongside Hugo Keenan and Jacob Stockdale in the back three in the match to be played at Aviva Stadium, Dublin.

The New Zealand-born 28-year-old is part of the seven changes made from the Nations defeat by France.

Also in line for his debut is Jamison Gibson-Park as scrum-half alongside Ulster fly-half Billy Burns who could be on from the bench.

Kelleher brings in Iain Henderson, after serving a suspension as a replacement for Ulster’s Rob Herring at hooker. Henderson is set to start in the second row with James Ryan.

Caelan Doris, who will pack down at number eight alongside Peter O’Mahony and Josh van der Flier, retains his spot in the back row while Will Connors is relegated to the bench and CJ Stander misses out.

The inclusion of Gibson-Park, who will also be making his debut, provides a new all-Leinster half-back axis alongside skipper Johnny Sexton. Robbie Henshaw is expected to partner Chris Farrell at the center as Bundee Aki misses in the squad selection.

James Lowe was rewarded with the call up as he has been in explosive form since joining Leinster in 2017. His debut is described as long-awaited.

Despite the criticism after the defeat against France, Stockdale retains his place at full-back.

Speaking on the selection, Ireland coach Farrell expects Lowe to add an extra dimension to the Irish attack.

According to the coach, his belief in the winger is that he has contributed to Leinster. Farrell is hoping to see him bring the same to the national team.