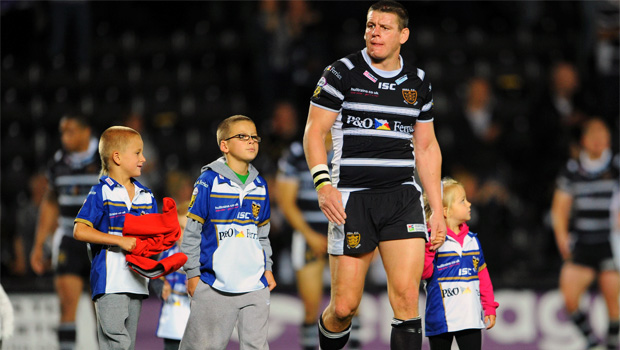 Radford has been working as the club’s assistant coach for the last two years after retiring from playing, and at 34, he becomes the youngest head coach in Super League.

Radford joined his hometown club as a player back in 1997 and enjoyed a successful eight-year spell with Bradford.

The second rower returned for another spell in 2006 before he decided to hang up his boots to take up a coaching role.

Hull owner Adam Pearson says it was important to appoint someone local and believes that Radford has all the attributes to be a successful head coach.

They may have finished in the top six and made the Challenge Cup Final before losing to Wigan, but Pearson was unhappy with the inconsistency of Hull’s performances and believes Radford will put that right.

“We’ve looked at it and we feel it is right to put Hull people in charge,” Pearson said.

“I need a leader who people naturally look up to and can instil a little bit of discipline, a little bit of fear, and can get some consistency into our play. I want someone to make sure the team plays every week and not just when it wants to.

“I think Lee has those qualities.”

Radford, who made over 200 appearances for the club, knows he has a massive job on his hands but is up for the challenge.

“It’s a massive honour and a massive responsibility,” Radford told a news conference.

“It’s obviously a huge chapter of my life and it’s not decision that has come easy to me. I’m fully aware of how massive a job it is.”