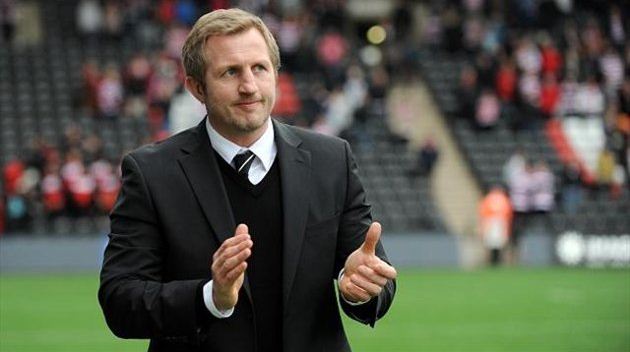 Denis Betts says his Widnes side can give Wigan a run for their money when they go head-to-head in Monday’s Challenge Cup quarter-final.

Wigan are hot favourites going into the tie after already beating Widnes on two occasions this season, but the last encounter was close with the Warriors winning by just a point.

Betts says the Vikings will take heart from that performance going into the game and believes they can pull off a shock despite the fact they are struggling in Super League.

Widnes have picked up just one win in their last eight games but Betts says that will not affect his players going into Monday?s match.

“It doesn’t matter about either side’s form in the league,” Betts said. “It’s all to do with having the right attitude to perform well and work hard in the game as soon as the first whistle blows.

“The experts will rightfully have Wigan down as the clear favourites to win and that we have got our backs to the wall.

“But we’ll take a lot of heart from our last game against them and try and give them a run for their money again because we’re certainly nobody’s mugs.”

Wigan have been handed a massive boost going into the game as Sam Tomkins has recovered from a knee injury that forced him out of the last two games.

However coach Shaun Wane is guarding his players against complacency going into the game and says they will have to be at their best.

“This is a cup game so it’s what happens in the 80 minutes which is crucially important,” he said.

“On any day, any one side can beat another so we have to turn up and play well. We will give Widnes the respect they deserve.”