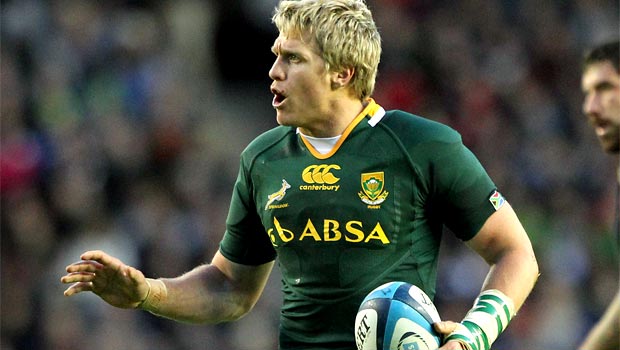 South Africa captain Jean de Villiers feels it is important for his side to beat France on Saturday to ensure they head into a lengthy break going in the right direction.

It has been a decent year for the Springboks, with nine wins from 11 international matches to date, and their only defeats came at the hands of top-ranked New Zealand in the Rugby Championship.

The Africans faced a tricky opening to their northern hemisphere tour against Wales at the Millennium Stadium, but they came through 24-15, and outscored the Welsh by three tries to nil.

The two-time World Cup winners went one better in beating Scotland 28-0, with four tries in a comprehensive shut-out north of the border.

The challenge now is to end the year with another victory and try to complete their trip without conceding try in any of the games.

But de Villiers does not see the match in Paris as the end of the season but a continuation towards becoming the best side in the world.

“We’re seeing it as the next game to form part of the progression of the team and to improve as a team,” he said. “It’s definitely not the end for us, it’s the beginning of the rest of the journey.”

The world’s number two-ranked team will not play another Test until June 2014 after the weekend encounter with Les Bleus, and de Villiers is desperate to ensure that he and his men have good memories to take into their extended international break.

“The last thing you want is to play a bad match and then dwell on that for the next six months until the next test match, so we want to play a good match,” he added.