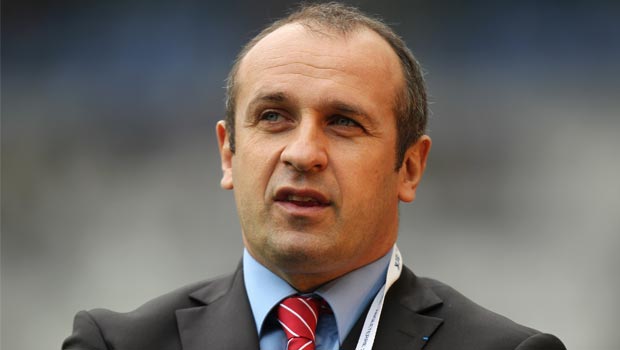 France coach Philippe Saint-Andre has made seven changes to his side ahead of Saturday’s Six Nations clash against Scotland.

The French are involved in what appears to be a four-way battle for the title having won two and lost one of their opening three fixtures, with Ireland, England and Wales also on four points after three games.

France hooker Dimitri Szarzewski has been ruled out of the clash at Murrayfield through injury, with Castres’ Brice Mach drafted in as his replacement.

Wesley Fofana suffered a rib injury during the defeat to Wales so Toulon centre Maxime Mermoz will replace him on Saturday.

Saint-Andre has selected a fresh back row following the loss to the Welsh as Sebastien Vahaamahina, Alexandre Lapandry and Damian Chouly have all been brought in.

Toulouse pair Louis Picamoles and Yannick Nyanga miss out; Picamoles is dropped for appearing to mock referee Alain Rolland after he was sent to the sin-bin against Wales, while Nyanga is injured.

France have managed seven consecutive victories over Scotland, with their last loss coming in 2006 when they were beaten 20-16 in Edinburgh.