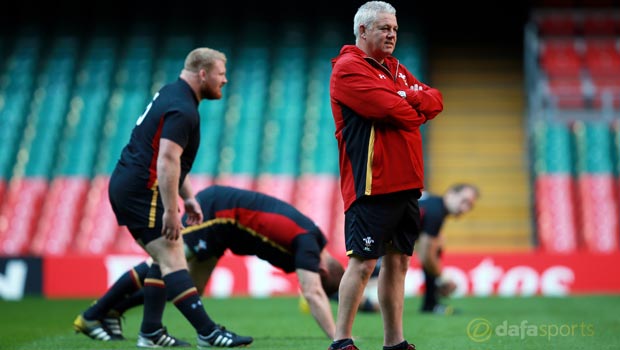 Wales have reported no injury problems and have a fully-fit squad to choose from for Saturday’s World Cup Pool A decider against Australia at Twickenham.

Gatland has had a nightmare on the injury front after Leigh Halfpenny, Rhys Webb, Scott Williams, Hallam Amos and Cory Allen all picked up tournament-ending injuries, but things appear to be on the up.

Full-back Liam Williams (concussion) and prop Paul James (calf muscle) missed last week’s victory over Fiji, but both are expected to be involved against the Wallabies.

Gatland will name his matchday 23 on Thursday and both players are expected to be in there.

“We’ve had a longer turnaround for this Australia game, which has benefited the lads a lot,” Wales’ consultant head of physical performance Paul Stridgeon said.

“We managed to give them a couple of days off after the Fiji game, so they come into this game a bit fresher.

“We are all fully fit. We have got a couple of bumps and bruises, but generally we are good to go. England losing at the weekend (against Australia) took a bit of pressure off us, but our goal has always been to top the group.

“Warren has placed a lot of emphasis on this, but he has given the boys a bit of freedom and told the boys they can go out and play a bit this week.”

If Wales top the group, they are likely to face Scotland or Japan in the quarter-finals, but defeat would mean a probable last-eight appointment with South Africa.